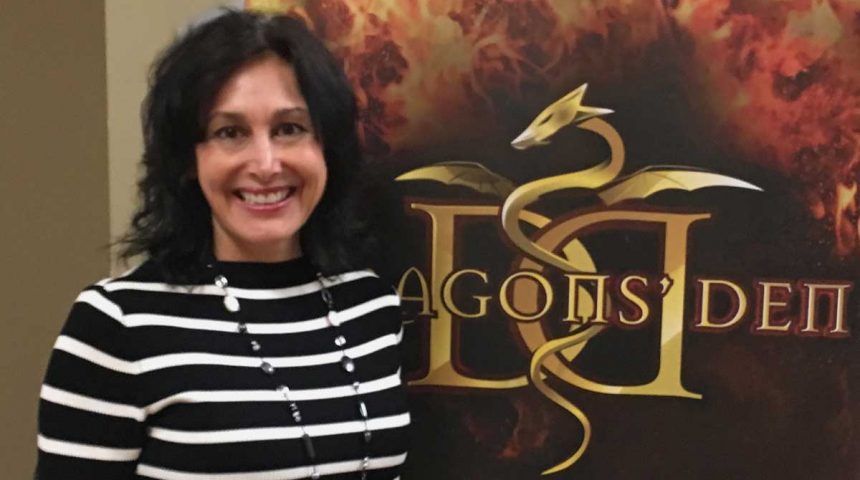 “You should go on Dragon’s Den!”

Countless people have uttered these words to me during the 2 1/2 years since I launched Duzu Dates late November 2015.

Of course in the first months, I didn’t dream of auditioning as I didn’t want to ask for $50 for 20% of my company. And even then, my valuation would be high. I’m being serious – I wasn’t a tech company trying to launch the next great idea, this is gourmet dates, and I knew from watching the show I’d need sales / and proper valuation for the business.

For those who haven’t seen Dragon’s Den, it’s a CBC original show in which a panel of self-made multi-millionaires listen to new entrepreneurs pitch ideas and seek capital investment for a percentage of their company.

I knew I’d have to wait until I had some idea what I might need the money for – and for a time where I felt I actually had something to offer back! Even still, I think I’m too early.

I can almost hear the Dragon’s laughing – “so, you haven’t paid yourself yet?”

Dragon’s: “So, you’re not profitable.”

Dragon’s: “Come back to us when you have an actual business.”

But I digress – I finally mustered the courage to audition even though I knew in my gut that my small, but growing business, was still too small for an investor to recognize an ability to scale quickly and get their investment out. This is a component I know they look for. At the same time, I knew that the simple act of auditioning would force me to answer questions that I thought they might ask should I get on the show. And that meant digging a little deeper inside myself as to what I realistically thought I could accomplish.

The audition was exciting! There were roughly 40 – 50 entrepreneurs in a room representing 25 – 30 businesses at different stages hoping for a shot to be selected to go to Toronto to pitch to the Dragon’s.

There is an online application form; which the production crew had if you’d filled it in. I had filled it in, therefore there was a simpler form to complete upon arrival. I was number 16. The energy was really electrifying as everyone felt the same level of nervousness and anticipation.

There were packaged beverages; some stuffed animals; gadgets, and then just people with an idea in their head. Fortunately – no chocolate-covered dates (phew!) I spoke to a few fellow entrepreneurs to be; one woman in particular who had a hydration teddy bear concept called “Cubbly Bear”. We practiced our pitch with each other; chatted and kept our minds off of our nervousness. The camera crew actually came by and interviewed us.

Finally, it was my turn. Deep breath… I walked to the room with my signage; packages with all my date varieties; I even brought my apron that asks “Want a Date?”

In front of a producer and two assistants, I delivered my one-minute pitch; then answered a series of questions about my business; sales; what dollars I would ask for and for what percentage of my company. I think teaching all those courses at SAIT has helped me gain a sense of calm when speaking. Once you have faced a room full of students especially after giving grades back on an assignment, nothing is scary!

I felt confident and happy about the experience, and they told me I did a great job, but maybe they say that to everyone.

I understand that there are more than 1,500 entrepreneurs who audition across the country and only 150 – 200 get accepted.

As I write this, the schedule for taping is imminent so it seems very unlikely that I will receive a call. But there is always next year.

Dragons – who wants to join me on the best date ever?!